The Cusp of Summer ~ A Scandinavian Sojourn 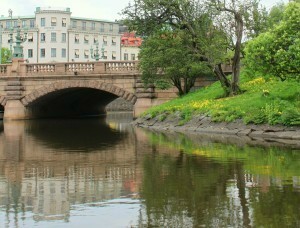 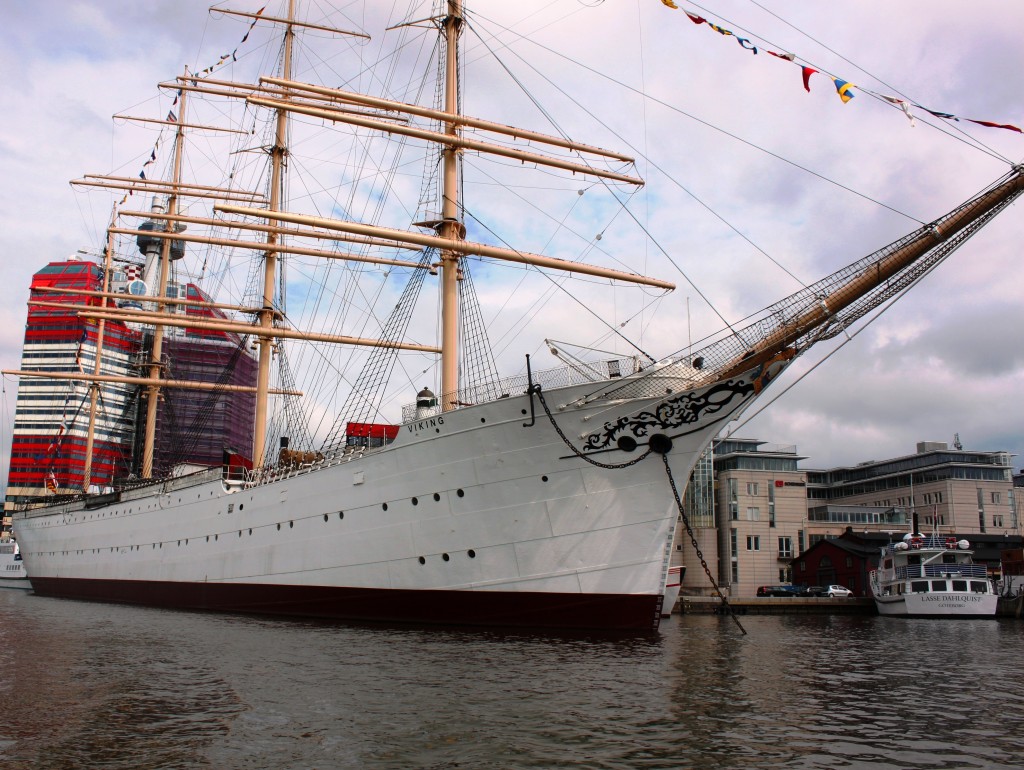 Lagom.  According to my cousin Håkan there is no English equivalent for this Swedish word.  Dictionaries attempt to translate, but fall short.  The word, as he explained, means something that is “just right” – having no failings whatsoever.  That is how I chose to describe my recent journey to the west coast of Sweden and southern Norway.  It happened on the cusp of summer – that time of the year when the parks and meadows are alive with color and there is just enough rain to keep it fresh.

Excitement is found in ever-moving cities. Cities are lit, cities are buzzing, cities are places to marvel over inspirational works of engineering – the curve of a turret, a well-planned park, the strength of a metal bridge, and the many and varied architectural marvels that provide a city’s tangible infrastructure.

But what makes a city unique is not only the buildings or parks, but the varied scents.  E.M. Forster, in his book “A Room with a View,” illustrated that fact succinctly with these words, “Inhale, my dear. Deeper. Every city, let me tell you, has its own smell.”

Göteborg (Gothenburg), Sweden, is located on a sea named Kattegatt.  I remember the strong scent of the sea drifting down canals and swirling about streets and parks.  I remember the fresh scent of grasses and gardens mingled with the metallic scent of trams and buses.   It was unique – it was the scent of Göteborg.

An afternoon jaunt to the large indoor market, Saluhallen Kungstorget, provided both lunch and a history lesson.  This cavernous market with a partial glass roof and large windows opened in 1889 and was said to have been built to house the market so the food would not become soiled in the tainted street air.

Mounds of hefty, hearty bread crowded the shelves; and I found so many different cheeses it was hard to choose. The varied scents of Saluhallen – fresh bread, cheeses, sweets, and coffee mixed and mingled wonderfully.

Drawn by the waterfront, I boarded a Paddam boat for a canal and harbor tour.  Göteborg’s canal system dates back to the 17th century, and some of the historical buildings that line the water are probably at least that old.

We passed a curious structure, the Fiskkyrkan, (Fish church), which was perched on the bank of a canal.   Built in 1874, it’s a fascinating fish market that resembles a church.

Then it was out to the harbor to get a glimpse of the shipbuilding dry docks where the hum and drone of the equipment had an almost music-like cadence.

Once in the open harbor, we motored past the stately Barken Viking, a four-masted steel windjammer docked in the Lilla Bommen area.  The 387-foot vessel took its maiden voyage in 1907, but has undergone a metamorphosis since those days and now welcomes guests as a floating hotel.  Looming large behind the ship is a symmetrical building nicknamed “The Lipstick,” due to its erect stature and curious red and white hue.

The Barken Viking is a stunning hotel and I was fortunate to be able to make my home there while in Göteborg. My room was at the bow, which made for an interesting configuration and a slightly sloping deck. The room was pristine and the décor was nautical with rich wood walls.  Two portholes afforded a perfect day-view of the sparkling water as well as the pungent scent of salt-tinged air.  At night, through the open portholes, I could hear the rain lightly tapping the water’s surface.  City lights beamed lazily across the still surface of the harbor.

Barken Viking’s breakfast was a Swedish smörgåsbord of delights, including smoked salmon, caviar, and exotic cheeses.  A gentle glow from the table lanterns set a mysterious mood, even in the early morning hours.

Barely within the confines of Norway, Fredrikstad is about two hours by train from Göteborg, so it was perfect for a three-day side trip.   The train rushed by still lakes and forests crowded with pine and fir trees.  Farms with neat barns and tidy houses crowned the grassy hillsides.

The heart of Fredrikstad is Gamlebyen (Old Town), which lies on a narrow arm of water called the Glomma.  Glomma is a sweet water river which empties into the Skagerrak, a saltwater strait.   A foot ferry motors the short distance from the city center, across the Glomma, to Gamlebyen.

King Frederick II of Denmark-Norway founded the city in 1567; however, much of the town was burned in various fires.   In 1764, the last completely devastating fire struck.  Some of the more intricately designed buildings were constructed after this fire and date from the late 18th century.

The Fredrikstad Fortress was built in 1660 and its massive walls, sod-covered bunkers, and worn cannons exude a rugged charm. Fredrikstad Museum is located inside the fortress and houses a roomful of artifacts and hand-crafted items.  Genial staff members were quick to share bits of history.

Maybe the drizzle discouraged visitors because, as the day grew on, the tourists that had peeked into store windows and fumbled with their maps, slowly disappeared, leaving me to walk the cobbled streets practically alone.  I was able to enjoy the curves and spires of the church and other buildings, then peek into gardens and courtyards without distraction.

As I was ready to board the ferry, the day’s drizzle converted to heavy raindrops pelting the water and driving more people to shelter.  If the city of Fredrikstad had a smell to bottle, it would be of rain-drenched leaves along a moss-laden cobblestone path mingled with the musky scent of river water.

Sweden. Norway. On both sides of the border, it was a joy to take the remnants of the past and translate them to an adventure in the present.  My journey was a splash of history – captivating and compelling, but most of all it was “lagom.”  It was just right.